Does Everyone Fit in a Box? 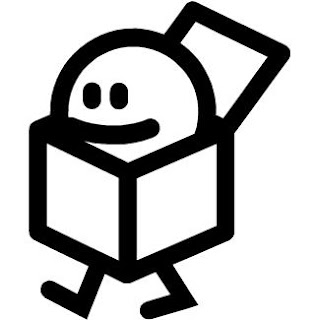 During my fifteen years in Corporate America, there were two or three times that I had to take a personality test. I don’t remember all the official names, but after answering several questions, I landed in one of four boxes on a piece of paper, each labeled with one or two general words that defined “me.”

One time, I was bored by it; another time, I had fun. My coworkers and I had to mark a yellow sticky on each other’s backs to give our opinion of the person's personality.

My husband and I also took a test during a marriage retreat. This one was fun because it defined us with “colors!” We were red, yellow, blue, or green – our dominant personality, and another of the four colors as our secondary personality. A church leader jokingly said, “All you red people (controllers), take notice of who all the green people (givers) are because they have a hard time saying no.”

This subject came to mind when I asked a tennis teacher if she had more openings in her class for nine to twelve year olds…on the day of the first class. She only had four signed up, but the following day she told me several more showed up.

“Everyone procrastinates,” she said, which made me wonder if the procrastinators fit in one of the personality boxes or in another popular categorization, “Type A or Type B.”

I suppose these tests are used to place individuals in positions of work where they will be most comfortable, productive, and best able to benefit the organization - a worthy goal.

I didn’t pay attention to the A-B thing until I began working at a large corporation in 1984, filled with college recruits. “I’m type A,” one young woman said, “and I hate it when I can’t get an immediate and direct answer!”

“Ohhhh…” I thought. So that’s what the media is defining as those likely to have a heart attack.

After leaving Corporate America to get married and have children, I thought I’d relax and go with the flow. (ha ha) But even motherhood proved to be non-exempt from a scheduled day. A new friend suggested we get our five year old girls together to play. “Sure, good idea,” I said. We lived in the same neighborhood; I knew it would happen soon. But she said, “When?” and right then, I had to get it on the calendar.

I’ve always remembered that conversation. She was “proactive” (another current buzz word), and I was impressed.

My guess is that the people who researched and studied to assemble these tests can vouch for the necessity, accuracy, success, and benefits. But at my age, hopefully, I’m done with them. I’ve always been an independent type, and whereas I have landed in one of the four boxes when tested, I prefer operating outside of the box, jumping into whatever box I need during any given situation.

As for Type A-Type B – I think I’m in the B box, because I never say it. All my Type A friends announce it on occasion. I’ve never heard anyone announce that they are Type B.

What word(s) defines your dominant personality? Are you Type A or B? How do you feel about these tests?
Posted by Anita at 12:58 PM 30 comments: 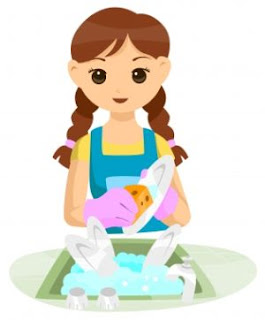 You don’t work; you don’t eat.

Makes sense to me.

I don’t think my children have a full understanding yet, so I’m still working on implementing it without threatening, cajoling, bribing, begging, nagging, and reminding. I have sweet dreams of saying, “Take the dog out,” and hearing, “Okay, Mommy,” instead of, “Is it my turn?” or “I took her out yesterday.”

Another example: “Have you cleaned the bathroom?”

“Oh, I was reading and forgot.”

Trying to maintain a normal tone of voice, I say, “Well, do it now. This is the second time I’ve asked you.”

Why can’t I get that “first time obedience” thing going on a consistent basis?

Yes, this is an age-old subject. Most children do not like chores, and many parents experience frustration.

Now that you’ve read my example of minor disobediences, your thoughts are probably similar to one of the following responses for me:

1. That’s a pipe dream girl! It’s impossible to get kids to do anything without hearing all that whining. They’re lazy. And by the time you’ve finished fussing with them, you could have done it yourself.

2. Oh, I understand. I have to bend over backwards to get mine to help, too, although sometimes, they’ll surprise me and do things without being told.

3. They’re not doing their chores because you don’t have a consequence system in place. Mine help because they know the rules and what happens when they break them.

I accept any of these responses, but number two is more in line with my situation. My kids do chores, but improvement is needed.

I don’t give it. I think the kids should earn allowance by being consistent with the chores and having a good attitude. (We’re getting there...slowly.)

Besides, mine always have grandparent money and birthday money. (They have it because they don’t get much opportunity to spend it because their semi-mall-phobic mother rarely takes them shopping.)

There’s also reward money, like, for good report cards. My husband gives it; I don’t. Doing well in school is expected and normal for them. I give rewards for extra chores and accomplishments.

My kids are blessed to have all their needs more than adequately taken care of, plus I give them numerous treats.

Recently, my twelve year old daughter told me that her friend gets paid per chore. The girl made a list and presented it to her parents; something like this:

Sooo…when darling child is strapped for cash, she picks from the list and does it.

The mom says it’s working. But, she also says her home will never measure up to Martha Stewart’s standards. Mine won’t either.

Another friend has a point system. Each task has a point value that builds and is eventually converted to cash.

When I was growing up, I had chores that I raced to do before mom came home from work. I recall a little nagging from her, too, and when I “forgot,” there was a strong “Do It Now” and possibly a “punishment.”

What is reasonable for kids? I’m sure there are more answers than there are kids. But the thing we all have in common is our changing world. Parents are working long hours and too tired to clean and manage. Parents are carpooling throughout the day and attending activities. Technology has given us more toys and gadgets that we now consider normal. We have more clothes, more bedding and towels, more computers, more cars… It all has to be maintained. Plus we have more bills to pay for all of our “stuff.”

Subconsciously, I may not be pushing the chores 24-7 because of the overwhelming and enormous job of managing our lives and taking care of our stuff.

A friend of mine is a self-proclaimed, modern day Luddite; definitely an option for the lifestyle pool.

Oops, get me back on track! No excuses. The strong, able bodied, young people are capable of working for their keep.

How do you handle allowance, chores, and rewards?
Posted by Anita at 1:02 PM 40 comments: