Do You Have a Tattoo?

(After you read the post, be sure to read the opinions of my other visitors in the comments section at the end.)

YOU DON'T HAVE A TATTOO!

Well why not? Everyone else seems to have one.

Will I ever want one? No. Aside from the fact that I’m afraid to do anything permanent, I’m too old. Although, even if I were twenty-five, I still don’t think I would want one.

My imagination can’t even take me there. I’m trying to see a cute little rose on my backside; nothing fancy – just a red blossom with a couple green leaves and a short stem.

I’m trying this mental exercise in an attempt to relate to those who have chosen to go under the “pen.” Or is it a “needle?”

I know a few people who have one, but I never hear them say “why” they got it. They just say because it’s cool.

I wonder if it is like trying a new hair cut. You see a picture in a magazine or on someone else, admire it and decide to imitate. Or, if it has a deeper meaning, like a loved one’s name, a religious symbol, rebellion, or just plain ol’ art…like wearing a new shade of lipstick or growing a beard.

What's the motivation; the inspiration?

My first awareness of tattoos was seeing it on the arms of sailors in the military town of my childhood. The next wave was during the seventies: peace signs, flower power, and marijuana leaves. Now I’m noticing names, phrases, and abstract shapes.

For those of you who have one, do you feel the urge to get another? I’ve seen men and women with tattoos covering their entire legs and/or arms. I still come back to, “it’s permanent.”

Isn’t it? Or does the laser removal process work?

Could henna be an option?

PART II
I decide to ask a couple people about their tattoos; a woman and a man, both in their early twenties.

Proudly, Tanya shows me the tattoo on her forearm, and tells me about the other three she has. One is her mother’s name. The others are depictions of her personality.

Michael has a small initial of his name, and a bolder tattoo called a “collar rocker” – a phrase tattooed on his chest just below the collar bone. In my conversation with him, I learn the terms “covered tattoo” and “uncovered tattoo,” the former meaning that it can be easily covered with clothing; the latter, not. People with “tats” all over their legs and arms, obviously, enjoy the visibility.

Both speak passionately and consider the tattoos a form of self expression.

“It’s something that our generation is doing,” says Michael, implying that it belongs to them. Reading between the lines, I hear, “You all had your long hair and afros; we have our tattoos.”

Tanya is a poet, and seems to be searching deeply for the meaning of her life. She says her friends, jokingly, call her bi-polar.

I detect a little rebellion from both, as if they are saying that so many factors control their lives, but this is one thing that only they control.

On the flip side of the coin, a “baby boomer generation” male gives me his opinion. “It’s mutilation,” he says; “How are they going to get hired for jobs?”

I say, “They’re probably not interested in sitting behind a desk;” which is stereotyping. Does a tattoo affect a person’s potential for certain types of employment? Even though Michael says it's mostly his generation getting them, people of all ages and occupations are visiting the parlors.

I’m glad I asked Tanya and Michael about their tattoos. Regardless of my opinion, I got real feelings from real people.

The large pierced ears still give me the heebie jeebies, but I’m s-l-o-w-l-y desensitizing. 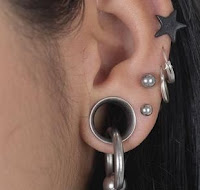 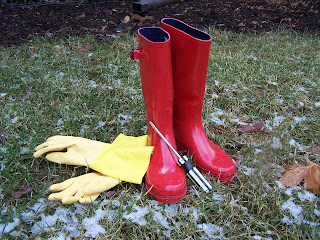 I’ve been a stay-at-home mom fifteen years, which is more than enough time to get beyond the need to defend my role…and I have. This is not a post seeking validation.

However, there are people who genuinely can’t imagine what goes on during a day in the life of a woman who is not employed, especially when her kids are at school.

Here’s an example of an hour.

The phone rings. It’s Betty at the neighborhood clubhouse.

“Hmmm… I don’t usually hear from her. Have we paid our dues?”
"Hi Anita." (We exchange niceties.) "Someone called the clubhouse and said that the Smiths' irrigation pipes are springing a really big leak. No one's answering at their house. Do you know their cell numbers?"
Unlike all the cool people, I don’t have all my “contacts” on my cell phone, so I have to go to my personal, hard copy “phone book” that I keep in my kitchen drawer to get the cell numbers of Mary and John.

Seven minutes later, Betty calls back. “I left messages on their voice mail.”

I’m feeling the search for them should continue.

I call 411 and get the company number where Mary works. Of course it’s an 800 number. I dial it, and of course, I get a recording. After pressing several response numbers, I'm told the "wait time." Then I’m asked if I’d like to leave my info to receive a return call. I press 2 or 3 more numbers in response to 2 or 3 more questions, and then record my name. It’s played back and I’m asked to press another number if I want to send it. I press it and hang up. Before I can take 3 steps, of course, I receive the return call. Of course, I could have just stayed “on hold.”

I ask the guy if there is a personnel office that he can connect me to because I need to talk to my neighbor about an issue at her house. “No, I can’t do that.” Of course, he can’t.

But…lucky me. He is kind enough to look up Mary’s email address and sends her a message to call me.

One minute later, she calls. (When you get a strange email from your neighbor, you respond right away and hope that it’s not “thaaat bad,” because you know it’s bad.)

I tell her what’s going on and I ask if I can do anything.

“Can you turn the water off?”

Once at their house, standing in the yard, I talk to Mary, John, Mary again, John again…about the location of the water controls and how to shut it off. Eventually, I see a plate that covers the valves, under a miniature geyser coming from the cracked above-ground pipes. My attempt at removing the plate, with my bare hand in freezing cold water, fails.

Back to my house to get a screw driver, rain boots, and Playtex rubber gloves, then back to the job. Temporary success! The plate cover is off, but the bucket-like hole is filled with icy, murky water; no valves in sight. I feel around, but it’s too deep.

More instructions and conversation with Mary, and then John, as they decide which of them will get home faster. The utility guy drives up. He uses a tool to sink into the “bucket” of water, feels around, and turns off the valve. We chitchat for two minutes, and then I’m off to my house where I let my hand thaw.

John and Mary are very thankful. The water could have been pouring out all day, taking their water bill higher and higher.

I’m glad I answered the phone call from Betty. Although the incident took me totally off the path of what I had planned for the day, this is what I was destined to do…at least for an hour. I’ll return those overdue books to the library tomorrow…hopefully.