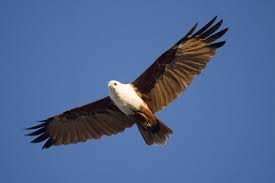 You’re a good housekeeper, Anita. Complimentary words for most women; stinging for others - like me.

My dear friend smiled as she expressed her opinion of me (hopefully, not her primary opinion) after I described my new cleaning routine inspired by Marie Kondo, the organization guru. Basically, Kondo categorizes an area to tackle and complete before moving on to another. She advises her clients and readers to begin with clothes – throughout the entire house. I attempt to use the concept to clean, doing one type of weekly chore per day. Monday is fairly easy – bathtubs and showers, including a sporadic drain cleaning when necessary.

So I’m telling my friend, with a slight bit of enthusiasm, talking myself into believing I enjoy my new discovery that makes cleaning not so bad, and that’s when she says it. Ouch! I’ve been reduced to a housekeeper.

Did I lead her on with that slight bit of enthusiasm, subconsciously seeking approval? She who has cleaning help, who doesn’t need advice on how to lessen the drudgery of cleaning shower stalls and toilets. It was not my intent.  In my mind, I’d revised my mission statement after reading Kondo’s book, outlined a strategic plan and was describing the analytical process; proving I had the bandwidth to implement the optimization of housework – a system I can apply to other life issues as well.

Well, no more! (A line stolen from an infomercial.)

It’s now Monday morning. Havoc from the weekend exists. My husband’s jackets are hung on the backs of kitchen chairs. His stack of work papers are on the table, briefcase in the chair, various newspapers and magazines strewn about. My daughter’s backpack and textbooks are in their permanent residency, the window seat adjacent to the table, which is resting place for markers, colored paper, a stapler, a laptop, and miscellaneous supplies used for an assigned class project. Other household areas exhibit similar embellishments.

In the past, I’d begin the straightening routine, a job that was ingrained in my psyche throughout my life by my adoring-adorable mother and practically every woman I’ve met. The subliminal message says: It’s your job and you are judged by the condition of your home’s interior. Conversely, Darling Husband (aka DH) is judged by the exterior.

I never contested this rule; especially when I married, left corporate America, and worked on getting pregnant. The abode was tiny, my time was flexible, and it was just us two. What’s a few dishes to put in the dishwasher and a few loads of laundry to wash? I can do that, plus pay bills, make grocery runs, cook, go see the dentist for my semiannual teeth cleaning… oh, and the gyno. Easy peasy. Well… there was that whole thing, too, of being disoriented while getting acclimated to a new city and married life.

Anyway, Girl #1 didn’t take long at all to get here, but I continued my modus operandi. And then we moved and the square footage increased. And then we had Girl #2 and then Girl #3 two years later and moved again and the square footage ballooned and so did the diapers and chores. And I was almost six years older since the wedding; however, cleaning help (gift from DH) entered the equation, so the surface dirt was removed every two weeks. Still, my modus operandi remained on track, plus some.

To speed up this story: the help lasted ten years, we got a dog, the kids became tweens and teens, the activities increased, the mom taxi became an SUV and then a van, and the husband began to travel more. The presumed cleaning help from the able-bodied, on-the-go kids did not happen in copious amounts. DH got a pass because he did, and still does, his manly job of gardening and easy job of taking out the trash. Actually, he's known to occasionally run the vacuum and pick up a sponge. AND, he takes his turn taking out the dog! Mwah!

We are now down to three residents, except when Girl #1 and Girl #2 are home from college. Things still have to be cleaned so we don’t acquire non-human residents and so the house doesn’t decay and fall apart. I will try to stick to my cleaning routine; however, there will be no exasperation over sheets that are due to be changed, shoes scattered everywhere, my messy desk, junk mail and newspapers on multiple surfaces, and sticky stuff on the refrigeration shelf.

There’s something about being on the cusp of entering another decade of life that calls for reassessment. Sixty is approaching. I’ve paid my stay-at-home mom and housekeeper dues. I don’t owe any more. What I give now is when and how I choose. Other things are upon the horizon.
Posted by Anita at 6:22 PM 13 comments: