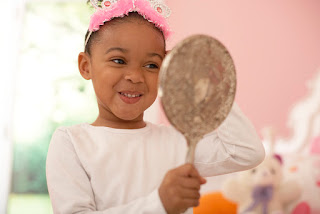 Say It Loud, I’m Black and I’m Proud! I remember these lyrics very well because I used to sing them in 1968 when singer James Brown released this song along with an album titled the same.  I liked it because it had a nice beat, but mainly because it was referring to the color black as positive and beautiful; at least that is what I interpreted it as. It wasn’t used as a negative word or phrase like, “blackmail, blackface, blackball, the ugly black (whatever) or black (n-word).


The rest of the lyrics, I never memorized; lyrics that were a call to black people to take control of their destiny; lyrics that fell in line with the Black Power and Black is Beautiful movements; but I didn’t mind—the chorus was enough for my ten year old satisfaction.
Identifying oneself as black took a while for some people to adjust to. Some of the older people (and younger people, too) were still saying they were Colored or Negro. Because their skin was not actually black, they did not think they were black. I wonder if they thought white was a good description for Caucasians even though their skin is not actually white. Hmmm… Probably not, because white is the color of cleanliness, purity, and angels.


A few months ago, I was walking with two friends (both white), when one of them identified a man as black. I can’t remember what we were talking about—nothing unpleasant—and it “wasn’t” even one of those statements where the race of the person had nothing to do with the subject matter, so I didn’t give it a thought. However, she did. A couple seconds after she said it, she apologized to me and said that she meant to say African American.
Of course, I assured her that there was absolutely no offense taken and that I prefer using black than African American, anyway. Jokingly, I told her what I’ve told my children, that black is one syllable and Af-ri-can A-mer-i-can is seven syllables—it’s too long. (By the way, they don’t prefer one over the other.)


I’ll bet my friend is not the only person who has stumbled on this semantic brouhaha that has been added to the political correctness box during the last two or so decades. White people, brown people, Asians, and others probably aren’t sure of what to refer to us as because we have different preferences of how’d we like to be racially identified. Many are going with the current politically correct, African American which some black people dislike. I’ve heard them say, “I’m black and I’m American! I am of African descent, but I don’t relate to Africa.” On the other hand, I’ve heard, “I’m proud of my African heritage and want it to be known. No one complains when Italian Americans say, ‘I’m Italian American.’” And then there are those who don’t care which of the non-white, respectable labels they get.
It’s not just blacks who have the identification issue. As I was writing the paragraph above describing people by color, I didn’t and wouldn’t think of referring to Asians as yellow, which is what I was taught when I was a child in elementary school; that there are three races: black, white, and yellow, and that you had to fit into one of them. And nowadays, Oriental seems to be on the “do not use” list, too, as well as Indians or the archaic red race, which should be Native Americans. Black, white, and brown are okay, but not yellow and red. Somehow, I get it.


I’ve also learned that the “real” Indians who live in India or who are descendants of Indians are “not” to be called Asians­—but simply, Indians; and other people with roots in certain Western and Southern Asia countries are Middle Easterners.
I’m not even “going there” with the people who are the offspring of parents who are not the same race, ethnicity, or whatever the politically correct term is. That’s our nation’s current agenda, figuring out what to call them.


I’m not a stickler in this matter. Call me black or African American; it doesn’t matter. You can even call me colored or Negro if you want to hear me laugh; however, be prepared for a reciprocal response.
February is Black History Month. There are lots of opinions on whether there should still be a Black History Month. Whether it should or should not, I enjoy catching a PBS show about the plights and/or triumphs of my dominant ancestors, and of current events, too. If it remains, I hope it’ll continue to be called “Black” History Month.


Thoughts?
February is also American Heart Month. Read my post titled, Take the Pill, and think about yourself and your loved ones. 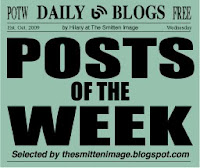 Image found on Microsoft Office Photos
(spacing variations in the post are not intentional)
Posted by Anita at 6:25 PM 24 comments: