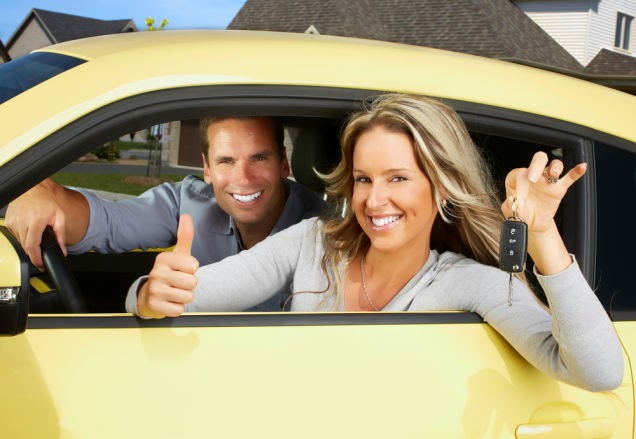 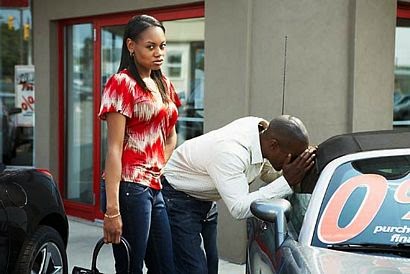 I'm on my fifth car. The first was bought in 1978, and the current, in 2012 - 36 years of car ownership. I'd say my track record is good; though "good" for some people is buying a new or different car every 2 to 3 years; and for others, owning a car 10 to 20 years. The former are what I call "car people;" giving priority to numerous factors beyond practicality.

Because I'm not a "car person" (until I need one), I'm not an authority on what those factors are. Someone might say, "Niiice car," to someone driving a convertible or a sporty car. Or it could be a conservative, sleek, high-end vehicle; or a truck. I seldom ask people why they chose what they drive.

However, I've had friends throughout the years who have brought up the "new car" conversation and volunteered the rationale for, um, their choices. I'll bet you're not surprised that at least half of the women let their husbands choose or are influenced by another significant male figure in their lives. Mostly, the reasons I hear are: 1) I don't know anything about cars. 2) I don't care what it looks like; I just need something to drive that has air conditioning, heat, and music. 3) My husband loves cars, so I'll let him have fun choosing it. That's what they tell me. I express my congratulations and we move on to the next topic.

Except this one time, B. tells me that her husband surprised her with a new car. Yep – just drove up in a sparkling, navy blue crossover and handed her the keys. She and I had met at the mall (her choice) to walk and talk. When we left, I got a glimpse of the shiny new car; a stand out in the parking lot. At that time, crossovers were the newest trend in vehicles, so I had a few questions for her.  She went from faking happiness to moaning about how part of her rear view was blocked by some part of the car that I can't remember; basically, because of the shape of the car. What could I say? I think I just said, "Awww." What I didn't say, was, "You're stuck with a car that you don't like."

Of my five vehicles, only one eased its way into my possession without the benefit of my choice. Darling Husband fell in love with a mid-sized SUV and went down his list of reasons why we should have it. 1) His very old car was not going to last much longer. 2) It's a well-built vehicle with a good safety record. 3) It's used. 4) It's a niiice car! 5) "You'll look good in it." Flattery.

My response: "We already have an SUV (that I chose) and I'm used to driving it. I don't need another car yet. Why don't you get a car that YOU'D like to drive." And that's what he did.

Not too much time later though, I found myself driving it. Somehow, he began driving the big "old" SUV that was mine; and because I don't like switching cars every other day, I began driving the newer one… until one day, my (now his) huge, chunky, lovable SUV met her demise. (Click HERE and scroll down to the end of the other post if you want to see it.) It was now my turn, again, to make the new car choice. Because we had two cars, I was able to take my time scoping the traffic; seeing what everyone was driving. My decision was months later.

Darling Husband wasn't feeling a van, but… that's what I wanted and that's what I got. Still in the midst of motherhood, it is serving me well – and the rest of the crew, too. When a road trip comes up, everyone insists that we drive the mommy van and is elated to hop in.

How long I'll drive the van? I don't know… probably a while; it's just under 3 years old. I'm still glad to have it, and glad DH has his SUV back again… for the second time. The first time, he intentionally gave it up for me. The second time, he reluctantly gave it up for Girl #1 during her senior year of high school. At that time, he was forced to pull his toy car out of the garage. She went away to college and toy car is back in the garage. Not for long though! Girl #2 is lobbying hard for exclusive rights to the SUV.

I digress. Basically, I like choosing the car that I will drive.

What about you? How was ownership of your vehicle decided upon and is your name on the registration? Does it matter?