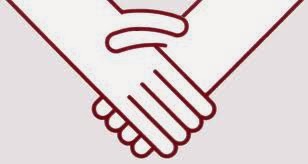 Is a handshake different for a man than it is for a woman? For me, it is. Not because I want it to be; it just is. If I were still working for corporate America and in a position to be shaking hands on a frequent basis, then maybe I wouldn't notice a male-female difference.

I don't remember much handshaking as a child or as a teenager. What little I did, I'm sure it was weak and awkward. Looking back, they should have taught us in school how to properly shake someone's hand, and why; though I'm sure my parents mentioned it somewhere along the way.

Interviewing for jobs as a twenty-one year old adult is when it became something that I needed to do. I'm sure that I hit-and-missed with the quality of it. If I walked into a building with confidence and greeted a person who looked like they were interested in talking to me, then the handshake went well. If not, it may have been loose and reduced to protocol.

Men seem to have ownership of the handshake. I notice my husband shaking hands with another man at least twice during the encounter - upon greeting and when saying good-bye; and sometimes in between. If I'm part of their conversation, most of the time, I have to initiate the handshake because the man seems unsure of whether to shake my hand or not. However, I won't limit this to a male thing. A lot of women who I am introduced to will not initiate the handshake either. Sometimes when I surprise someone (male or female) by holding out my hand to shake theirs, it ends up being a bit wimpy - soft and missing the whole palm to palm, web to web effect because the person is still surprised. But when it urns out to be a good, firm shake, I see the look on the person's man's face; he is impressed.

Handshaking among men has been around for centuries. It's as natural as wearing a tie, watching sports, leaving the lights on around the house, and dropping socks on the floor... generally speaking.

For women - not so... generally speaking.

When I meet a woman for the first time, usually, I shake her hand. The second meeting - I don't. Instead, it's immediate conversation.

Nice to see you again.

Anything that suggests familiarity... because we've already met before.

By the third visit, it could be a hug (if our second visit was chummy). Future meetings don't require any physical contact, though huggers will likely hug, depending on the occasion.

I wonder if women will ever shake hands as much as men do. Hmmm...

Another aspect of hand shaking is the growing fear of germs. I've seen at least three TV news stories admonishing us to "wash our hands!" because it's "cold and flu season!" And then they show examples of transferring those pesky little germs, like: touching door knobs, eating from the same snack bowls... and good ol' handshaking.

I'm not against handshaking, but it can be inconvenient at social functions; trying to remember to eat my hors d'oeuvres with my left hand, or a fork, and saving the right hand for handshaking.

And then there's my lotion. I really don't like to shake hands right after I've beautified my hands with lotion that hasn't completely absorbed into my skin.

Is the handshake on its way out? Many people abhor the socially expected ritual, and celebrities who feel the same are helping their cause by refusing to shake hands, in effect, leading the common folk to comfortably withhold their hands, too. There's even a web site named Stop Hand Shaking that posts other ways of greeting; like the fist bump, high fives, and nodding. They even sell "no hand shaking" lapel pins, which I assume is a major reason for the site.

(I laugh when I picture business people fist bumping.)

The world is forever changing.

So what do you think about handshaking, i.e. quality, male/female, etc?
And what about the germ factor?

Labels: hmmmm..., The World is Changing 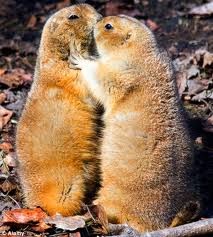 In case you don’t know, PDA is an abbreviation for Public Display of Affection; i.e. holding hands with someone, kissing, touching, rubbing, massaging, etc. in the presence of other people. I’ve seen various degrees of it my entire life, and have been a participant, too; albeit, minor. Darling Husband and I (pre children) could be seen holding hands or sitting very close to each other on someone’s sofa. Nowadays, a peck of a kiss on the lips to say hello or good-bye is the extent of our PDA.

Young people and the newly married seem to have a monopoly on PDA. While sitting in Starbucks during my summer vacation, a couple appearing to be in their twenties could hardly contain themselves while waiting in line to order. Arms wrapped around each other, bodies pressed together, big smiles and little giggles—it was a definite distraction to me and the other customers. Nothing bad, though; we all peeked, made our assumptions, and got back to our coffee.

However, in church, I am distracted by PDA a little more. Yes, I said church. Often, I see a husband with his arm resting on the back of the chair that his wife is sitting in, gently caressing her shoulder. Sometimes, she leans into him, her head on his body.

I’d find myself wondering if the hair play really felt good to her; that she didn’t care that others around her were surely noticing. Or, did she really want to tell her husband, “Leave my hair alone!” but too meek to interrupt his show.

(I don’t see them anymore. I wonder what happened to them.)

And then there is the massager—a man who rubs his wife’s back—a lot. He makes a circular motion as she leans slightly forward. Then he goes up to the neck and gives a little squeeze before resuming the circular motion—kind of like the kid waxing the car in The Karate Kid movie.

They are less distracting than the other couple was. Is it because they are older and heavier and have gray hair? In other words, he seems to be giving his wife comfort for a back issue, whereas the other couple appeared sensual.

And why does this take my attention from the pastor’s teaching on The Sermon on the Mount or some other encouraging or disciplinary message that I probably need to hear? What is it about PDA that gets a reaction out of us?

A letter to MissManners in the Washington Post expressed a woman’s annoyance with her brother-in-law’s constant PDA with his wife. She said she’s not “a prude,” but that the couple is driving her “bonkers.” And these people are in their late twenties and early thirties.

Like most situations in life, we all have our own way of responding. Public displays of affection aren’t major on my list of distractions; unless we’re talking about pure exhibitionists like the pimp man strolling down the street with two scantily clad prostitutes women on each of his arms that my family and I shared a sidewalk with while in Puerto Rico. On second thought, that wasn’t PDA; that was business.

Lately, I’ve noticed a few of my older/empty nest friends and neighbors holding hands while taking a leisurely walk. That goes into the “how sweet” category; hardly, the “get a room” category. Maybe Darling Husband and I will get back to it when we become empty nesters.

How do you feel about public displays of affection (PDA)?