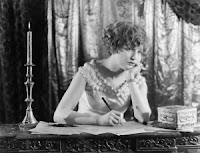 I suppose all of us have had a relationship with someone and lost touch. College roommates, co-workers, girlfriends/boyfriends, relatives, and friends - we are reminded of them at any given time. Looking at a book on a shelf can pop the conversation with Mary into your mind.  You’re driving past the restaurant at 5th and Main when you remember the meal you shared with John. What’s Mary doing nowadays? And John?

Generally, I think of her or him as living a normal life, as I am. I don’t perceive any horrible situations because somehow the grapevine would have done its job and passed along the info; and sad but true, bad news travels faster than good news.

I don’t envision anything grand either. Most of us don’t change vastly from who we were ten or twenty years ago. Our trajectories seem predetermined. A dynamic go-getter as a young person is probably still that person, excelling with money and all its perks. Those who have long practiced their faith, I assume, still have peace with their beliefs and are encouraging others. The talented and creative should be deeply entrenched in their passions. The givers are still giving; the haters are still hating… Unless that horrible or sublime thing has happened, deeming someone not recognizable as the person of years past.

The majority - traveling through life on a general path - we’re progressing along at average pace, having our ups and downs, alternating between “one step forward and two back” and “two steps forward and one step back ;” hopefully more of the latter, as it is a pace that allows us to move in a long term positive direction.

Once these old acquaintances enter our minds, we delve into the reasons for our renewed curiosity. Maybe we liked them a lot and wonder why we didn’t stay in touch. We’re lonely and/or bored, perhaps; or simply, our lives have freed up and we have time to renew the relationship. One of my girlfriends is seeing a man who was at college with us after her long marriage that ended a couple years ago. How did they reconnect – facebook, through friends, phone call, text, email, a letter?

Ahhh… you say; a letter. We used to do that.

Letters: I’m told that you’re good at it or you’re not. I’m good at it. The eye-pleasing stationery and the pen that connects to it with ease, the quiet space needed for thinking, transferring my message to the paper… I like that.

Emails: Not the same. Quick thoughts, rapid movement of the fingers, SEND, BAM, it’s gone! Was the intent of the message accurately relayed?  After getting an email from a businessperson and discussing its content with my friend Denise, I told her that it didn’t answer my concerns, though all the concise wording was there. Denise reminded me that writing, especially an email, is not the best form of communication for some, including herself.

“I prefer to talk on the phone,” she said. And as I speak with her often on the phone, I get it. Her honesty and patience are palpable.

Me… I tend to eject every uncontrollable, incomplete thought or sentence from my mouth, possibly sending the wrong message; so…

I’m gearing up to write a letter to a friend from the past.  When we met, we were excited to have each other in our lives, chatting incessantly about the things we had in common and opining about life. We spent time together with our kids and introduced our spouses; it was the honeymoon phase.

And then the conversation and outings became less frequent. We began to see our differences, though nothing disturbed me about her. She was an inspiration – intelligent, organized, good at domesticity, etc. I envied her, which evoked a pinch of self-consciousness here and there.

In hindsight, I wonder why? Maybe it was… the  pending menopause. Ha! (Gotta blame it on something.)

That was nine years ago. Since then, I’ve seen her a couple times; both of us hurried with errands, but stopping to give the quick update, mostly on our kids, and then saying the pleasant good-bye.

Should I write the letter to her, asking what happened? It was a worthwhile friendship. I’m reminded of her occasionally and I’m curious about her life and family. Not seeking a gal-pal relationship; just a dissipation of the cloud of wondering.

Any old acquaintances that you're curious about?