Animal Lover... or Not 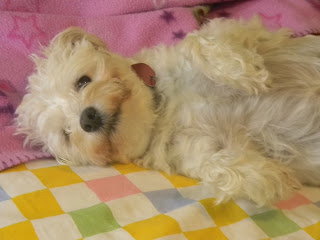 Most of the IMAX film, Born to Be Wild, was entertaining; the scenes of poaching were not.


As I sat in the theater watching the movie in the spring of 2012, a 25 year old memory surfaced of watching another film that has a title I may never remember; a film also depicting scenes of poaching. The audience gasped and reacted angrily to the killing of elephants, then reacted happily at seeing the poachers captured. A friend who was with me said, as he shook his head with part sadness and part annoyance, “Those people are trying to feed their families.”
I understood his feelings, though I did not feel as he did; but neither did I feel like the angry audience. I was not an animal lover then, yet the killing of the animals was vicious.

Save the Whales and the Endangered Species Act did not resonate as my friend and I were growing up and during our early adult years. Instead, subconsciously, we subscribed to the Circle of Life and the Food Chain. But now, 25 years later, I am quite aware of my furry and feathered friends—of all animals, actually—and have been for some time. I love my little pooch (a Schnoodle named Layla) and I adore the horses on the farm where I take riding lessons. Beatrice the pig is a welcome companion as we trail ride; and there are hens in the coop, two dogs frolicking the grounds and a cat who sits on the hood of my car. All have added to my respect for animals.
“Respect?” some of you may ask.


Yes, they “are” included in my meals and provide entertainment at the circus and the zoo and the state fair; a contradiction, perhaps. Others, like hunters, shooters, dog fighters and cock fighters, engage in these activities for sport and/or money. Everyone justifies their treatment of animals. It’s another one of those subjects that people will never agree on.
Recently, another shipment of elephant tusks were discovered in Malaysia, originating from Togo in West Africa, in route to China where ivory is considered currency. It is used to make valuable and “marketable” trinkets and jewelry, in addition to being used for medical purposes. Another justification for all involved.


As I listen and learn about the relationships between humans and animals in the various cultures all over the world, the treatments evoke different emotions.  My reactions to cows being sacred, puppy mills, much loved pets, dogs helping people with special needs, animals used for scientific purposes, dogs being eaten, animals shot for sport, animals tortured, animals raised for food, etc. make me feel happy, sad, or indifferent. I guess I’m not quite ready for my PETA membership, but I do feel sorry for the deer that are prey to everyone and that don’t have the status of the endangered tiger.
Fortunately, this is a topic that continues and that conservationists are out there trying to make good choices for our world. I still hear the sound of my friend’s voice, though, and I know many around the world share his opinion—that of “eat now, pay later.” What will be the cost? 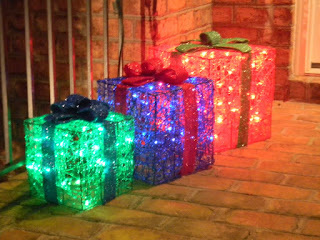 It’s a new year; a time for reflection and planning the road ahead. For me, it’s also a time to take a

deep breath and renew after the month-plus chaos of Christmas shopping, holiday events, and visits with family and friends. It was challenging, yet fulfilling. Waking up with my family and not having to rush out, movie time (on DVDs and at the theater), binging on sweets, having Christmas dinner with extended family, watching happy faces as presents were opened, and much more, were all part of the spirit of Christmas.


*****
It starts the day after Thanksgiving for many. Those who aren’t seeking the bargain on Black Friday or vegging on the couch are putting up Christmas decorations. The intense people have it done by Sunday. The moderates get it up over a series of weekends and the slackers manage something by the 20th or so. (I don’t recall decorations going up so early when I was a child; or maybe I didn’t pay that much attention to the dates.) Either way, lights trimming the angles of houses, porch railings,  post lamps, trees and bushes entice even the unenthused people to look as they drive through neighborhoods. The inflatables, deer, sleighs, presents, nativities, wreaths, bows, and Santas line the streets creating a barrage ofcolor and illumination. I like it.


I also like when it goes away…  in my yard.
The disassembling begins on December 26 for a few, followed by another group on January 2 - those who consider New Year’s Day the last of the holidays. And then there are those who light up until January 6, the Epiphany, recognizing the 12 days of Christmas. Most years, we shut the lights off on January 2, however this year it was later because we had visitors on the 4th.


“No… you can’t take it down today,” my daughters told me on Tuesday; “We’re having company on Friday and we want them to see the lights.”
“Oh… right,” so I left it up; however, on Sunday we began the transformation back to its everyday look.  I’d had enough of our beautiful “outside” white Christmas tree that wore an array of primary colored lights and our three presents on the porch.


As I traversed the neighborhood today, remnants of Christmas adorn many houses. A few are still in full regalia.   The picture below is the door of one of my besties, taken in late January last year. I think it stayed that way into February.  She has the same decorations now; I’m going to monitor her again this year. 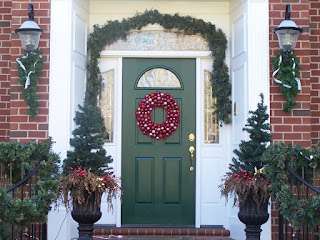 Years ago, I stepped into my sister-in-law’s house and there was the 9 foot, fully decorated tree standing in her family room; also in the month of February—or was it March? She laughed and so did I. She had a young child then—who has time? In my mother-of-young children days, I missed the memo, too—once or twice—and found myself laboriously taking down the tree well into the new year.


It’s not just Christmas that warrants decorations nowadays. Easter has pastel eggs hanging from trees and Halloween is over-the-top with orange light trimmings and skeletons galore. The one in the picture below was in the bestie’s yard. By the way, I took the picture on December 3. 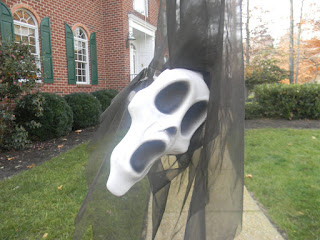 Stuck in the tree and they couldn't it down... so they said

There are lots of reasons for the various time schedules of decorating and un-decorating, I suppose. A house not far from mine is a candidate for the Tacky Lights Tour every year. The family has to begin the process right away. It appears to be worth their effort because people in cars stop to gaze at the finished product. Somehow, they get it all down relatively fast, unlike others who still have Santa on the front lawn.
Another friend told me that her husband has to insist they take their decorations down; otherwise, she’d leave it up indefinitely.  She says it’s pretty and it makes her feel good, which is perfectly understandable since she’s an Interior Designer.

What is it about “the holidays?” Whether you celebrate or not, everyone is impacted in some way by the decorations, among other things. Everyone has an opinion.