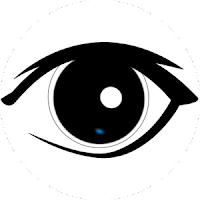 
“I told you so.”
I don’t say these words to adults when they get themselves in tough situations because I don’t want to be smug or an annoying know-it-all. However, I do think it sometimes. Can’t you just see when something’s coming? In someone else’s life, of course.

The biggie on my foresight list is the breakup of a marriage. A friend of mine watched her friends get married, one after another over a period of about 10 years, which produced her insatiable desire for wedded bliss, until she achieved and ultimately paid for it. Her comfortable life melted to misery. It took years to pay off debt and to restore her spirit and assets back to some semblance of what it was.

Why did I know this?

It was too fast. She was too happy. He was too dependent. He didn’t like his job. She was a prize – no kids, self-employed, attractive, and a homeowner; all attributes he lacked (well, maaaybe he was attractive). She told me things while they dated. I smelled trouble.

Our conversations were few because I was busy with babies; otherwise, would I have warned her? Would she have listened to my advice?

Another friend was already married when I met her, to a man she described as domineering; a man who treated her like a child, yet, who expected her to take care of everything. Again, a house was a factor in their split. It was her father’s house. She and her siblings inherited it. She had to get a mortgage on it to pay the siblings. She got the loan in her and her husband’s name. A baby was born. Daycare expenses were added. Job layoffs happened to both of them; home repairs, etc. - financial problems galore. But she had to keep that house; after all, her contractor father built it. Her husband had to keep it, too, because what man willingly gives up his house.

“Why don’t you sell the house?” I’d ask them (separately). I knew they were headed for a separation and divorce, and they did separate. He left, then came back. Then she left.  She came back, but only because she was dying.


I still think about that house, occasionally; that normal, ordinary house that they both just had to have. Yes, I know – it was their home. Was it worth it?
A third friend experienced misfortune due to a bad investment by her husband who wanted his wife to have all the things her friends had. I’d put this one in the “Keeping up with the Joneses” column. I watched the spending frenzy and often wondered when the crash and burn would occur. It took a while, but it happened. Two more shattered lives that have to be rebuilt; in addition to the effect it has on the kids.


Health – another facet of our lives that can send us spiraling downhill. People who don’t have checkups and procedures, like blood pressure monitoring, mammograms and prostate exams are risking their wellbeing. I wonder if an annual pelvic exam could have saved my friend; or was it just in the cards? I wonder if other friends would be plagued with ongoing illnesses if they were not bending over backwards for their families, 24-7. One is an overachiever – speeding around every day. I watched and wondered. She got a respiratory infection and lingering symptoms that lasted a couple months or more.  I wasn’t surprised.

And what about me? Is Nancy right when she says I need to stop running? We laugh about my knees getting replaced in the future. Is she having a bit of foresight and advising me for my own good.

“People in their 80s still run, Nancy. And besides, I don’t have any pain.”

A piece of advice I did take was from my mom who told me to slow down, to make my kids do more. She said that I don’t have to take them to every birthday party and to drive them around all day; that they don’t have to participate in everything. With tears in her eyes, she pleaded with me on a day when I was stressed out. "You forget," she said, “You’re my daughter.” And I got it. And I’ve slowed down.

Have I followed her advice because she’s my mother, and because some things mothers just know?

How often do we have hindsight and say, “If only I had listened and took so-in-so’s advice?”

Or is that just not the way it is? In other words, do we have to go through things in order to get through things? Sometimes, I think yes – even with consequences that are not so good. I find that people rarely really follow advice; including me. Maybe it’s meant for us to learn and grow from our experiences. Maybe hindsight and foresight are moot.

How are you at listening to “good” advice and following through? 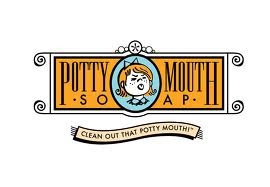 Middleborough, Massachusetts is in the news. The town’s police chief wants to impose a fine on its foul mouthed residents - $20 per curse - as an attempt to curb a way of communicating that has become rampant. If you want details, it’s very easy to find on the Internet.


It didn’t take hearing this story to get my attention on the issue. To curse or not to curse, is a subject that has been prevalent forever.

And by the way, while thinking about profanity, I realized the various ways it can be described. Let’s see: there’s the aforementioned cursing and having a foul mouth; then there’s swearing, cussing, obscene language, indecent language, bad language, having a dirty mouth, having a potty mouth, vulgar language, French (as in, “Excuse my French”) and so on.


I’m not putting myself on a pedestal or being a prude, however, I will say that my husband and I don’t curse in our home. We have children who live with us and we don’t want them to curse. We never had to discuss it or make it a rule; it’s just been innate since we had them. I’m sure Darling Husband has other reasons and so do I, but it’s beside the point in this post.

This decision hasn’t been a big deal; after all, it’s my home and everyone who visits, knows to curb his or her language when my children are around. Actually, most of our visitors don’t even “slip up,” even when the kids aren’t around. The public arena is a different story.

When traveling, we’ve been known to frequent the chain restaurants, along with other vacationers and the locals. On a memorable family outing, the people in the adjacent booth were a little colorful. After dropping the f-bomb two or three times, DH couldn’t stand it any longer. First he told the waiter to say something to them, and he did – timidly - so it continued; as if they just couldn’t control themselves. Sooo… DH got up and went to their table to tell them that his wife and children were behind them at the next table, and for them to “watch their mouths,” as Darling Wife (me) prayed that he didn’t get punched.

Civilized human beings they were – they halted the bad language and quieted down.

I had an occasion to tell my cousin to watch her language, as we were on the other side of the coin having a girls get-together. It was our once-a-year reunion with three more cousins, and we may have been a little excited to see each other… okay, loud. But, we did sit away from everyone else at a table in the rear of the huge all-you-can eat restaurant - and I did - which promptly added two pounds to my a.. – oops, uh… butt; but that’s another story.

(To my nosey kids who are reading this post: “It’s a joke, girls!” An intended contradiction.)

All was good, until a Mommy, Daddy, and Toddlers came and sat two feet away from us. Darling Cousin had gotten deep into the family gossip, when “sh*t” comes out of her mouth. I glanced over to the sweet family to see if there was a reaction.

None that I noticed.

DC dropped another goody. I cringed. Then I uttered that cliché phrase, “Watch your mouth. There are children at the next table.”

My lovable cousin was confused for a second, and then issued a heartfelt apology to me. It was a revelation to her, a woman who does not have kids, that her language might be offensive.

This is a topic that I can speak more about; for instance,  I don’t curse, but I’ll laugh at a good joke that has a bit of cursing in it. Hypocrite? Hmmm… Anyway, I think I’ve said enough.

Swearing, cursing, cussing - whatever you call it…
What do you think?