My Lips Are Sealed 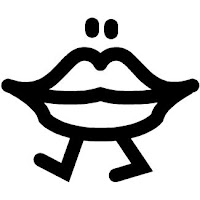 Hmmm… Do I dare say anything even remotely related to the election? I’m notorious for staying away from the discussion of politics, a place where the emotions run high; however, I’m going to brave it with a personal account of what I experience each time an election rolls around.


As a resident of Virginia - a great state to visit, by the way, with its ocean, mountains, museums, gardens, and historic homes – it is assumed by the masses that I always vote the democratic ticket in a state that has received the electoral votes for the Republican presidential candidate from 1968 through 2004. It is assumed by many, if not most people, because I am black; there is no other reason. I’m lumped in with the 47 percent. And not just by white people, but by black people and other people of color, too.
It may seem that I’m disturbed by this, but I’m not. The last of many statistics that I saw pop up on a TV screen alongside a news panel assessing the election results, showed 96 percent of black voters voted for Barack Obama. If I were not black, I’d think that all black voters voted for him, too.


Four plus years ago, a white friend became so upset because I did not take enough of a political stand (according to her) on the issues, and mainly because I did not hate Barack Obama. She’s one of the reasons why I limit my political discussions to a few chosen people, some who are Democratic and some who are Republican.
I get the passion. We’re talking about our futures, and that of our country and of our children. A lot of brain power and labor has gotten us to where we are and none of us want to stumble. Fortunately, in the great United States, we have the freedom to express our differences toward whom and what we think will keep us on top, and that is often done by our support of elected officials and candidates running for office.


In recent years, I’ve chosen not to label myself as a Democrat, a Republican, a Tea Party supporter, and not even as an Independent. As a black person, I’ve had labels attached to me my entire life, and thought I’d take a break from it for a little while, but don’t let that keep you from putting one on me. *smile*  (Also, this has helped my children to make their own decisions as we've discussed the issues.)
One label that I will wear proudly and thankfully is, “citizen of the United States of America,” and in a way that may be different from yours, I will continue to work towards the longevity, success, and freedom we desire.


We’ve been through a revolutionary war, slavery, a civil war, a major depression, 9/11… We can get through this parting of the ways that, I hope and pray, is temporary.  Nothing stays the same.
Hey… call me an optimist.

"One label that I will wear proudly and thankfully is, “citizen of the United States of America,” and in a way that may be different from yours, I will continue to work towards the longevity, success, and freedom we desire."

I would simply assume that no matter who you voted for.. you'd have your good reasons. As an intelligent woman, I trust you would be informed and concerned. I learned a long time ago not to make assumptions.

Yes Anita - assumption is a nasty word. I don't have the same issues you may have but many in my family assume I vote a certain way. Keep your reasons close to your chest and make them think!
Wonder how those twins will feel in years to come - Mitt who???
Take care
Cathy

There's a reason we vote in private. You need not reveal for whom you voted. I wish a lot more people would stop.

Yes, I've taken my blog in a slightly new direction. I'm learning to use my new camera in preparation for a new project you might find to be more like something you'd expect from me.

I absolutely agree with what Hilary said. I've learned not to make assumptions; we never truly know where the other person is coming from.

I kept my mouth mostly shut throughout the forever campaign because I live in a swing state too (Ohio), and like you, I've got some opinions, but wanted to keep my friends, neighbors, and family from bombing my house. It kind of felt like everybody was trying to be more polite with each other than usual. Now that the election is over, I don't care if anybody watches me do my happy dance. It may be a stereotype to say single women would vote for Obama, but let's face it, he's nicer to women and their rights than the men on the other side. I can live with that stereotype :)

I tend to keep my politics to myself, but I do admit it's sometimes difficult. I was brought up in a very liberal household, and I consider myself more middle of the road in most things. I am disturbed by the recent trend it reversing the march forward in rights, voting rights, women's rights etc.
Never assume.

I respect others' opinions. Even when they're blaringly WRONG!
And I try not to make assumptions about anyone based on their gender, or race, or occupation, or education... We are the melting pot, and arguments during election time are part of that.
I haven't read the story yet about the mom and her twins, but what a hoot!

Differing opinions are what help to make the world go round. I mean, right? :)
It only gets unfortunate when people allow their opinions to get in the way of friendships. :(

I like your attitude and I would tend to lean in the direction you have expressed. I felt like this year's election was an unenthusiastic draw for me and though I voted, it was one of those things that I was not overly optimistic about.

I want to be optimistic for this great country, but I fear the way we appear to be heading. Then again, as one who believes Biblical prophecy, I think things are going as I should be expecting.

Part of me wants to see many more years of life for me where I can see my grandchildren grow up in a wonderful society, but that's my earthly side dreaming. I can't help but think of politics and the state of society since it has so much influence over us all, yet I know in my heart I should let go of those things over which I have little control.

So much to say, but I guess I've said enough for now.

Sometimes it's best to keep quiet.

As a Canadian, I was a bit surprised by how many of my countrymen were caught up with great passion in the US election. Having no vote, I merely hoped that PBS would continue to be funded, as they provide me with a lot of great programming ;) I went so far as to share a comic on Facebook of Barack Obama sharing a High Five with Big Bird after the Dem. victory.
My parents never told us who they voted for. Ever. It was sacrosanct because they wanted us to make up our own minds. I try to do the same with my kids, but when I bash the Prime Minister for some policy or other, they kind of get the picture of who I don't vote for!
I don't need to know your voting practises or your allegiance to any particular party. To me, you are Anita, citizen of Blogworld.

LOVE LOVE LOVE your post. I've had labels attached to me, also. Like you, I have opinions but generally keep them to myself because others have such strong views that it's not worth risking a relationship.

I've always been so passionate about elections, even serving as a delegate the election before this last one. I have to say that serving as a delegate was the beginning of my feeling of being "tarnished." Like you, I've kept my mouth shut this time around, frustrating many people who know me. I was disgusted with the whole thing... that is something I didn't keep my mouth shut about. I was disgusted with those who now feel the need to draw up petitions to form their own union. Really??? Let's just cause more chaos... did anyone NOT see The Hunger Games ;) Just kidding on that, but I disagree with this movement, and feel that many of these states could not make it on their own. Give us one disaster, and guess what? We need help. What better way to weaken our nation, separating it like that. I think what disgusted me the most was the ignorance shown by supposedly educated people. SO, I put myself in my little lakeside bubble, and ignored those around me... I only had a few outbursts ;) Hope you're doing well!!!!

I think we should keep who we vote for to ourselves. Its supposed to be a private matter anyway. I never tell anyone. I think that the most important thing is that we exercise our right to vote. So many people I know dont bother especially now with the recession. People here in Ireland are disillusioned with politicians and there is much apathy around when it comes to voting.

this is beautifully written and persuasive.
i like to label myself socially conservative
but liberal in prayer.

i've given up trying to assume where
people's political lines lie.

my parents lived through the dust bowl,
and no political party got them through
that.