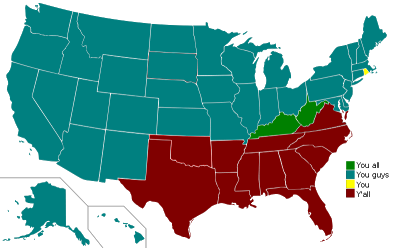 Florida resident Renee Durette solved the Wheel of Fortune puzzle, “Seven swans a-swimming,” but was ruled incorrect by the judges. Dumbstruck, along with the other two contestants, she watched her money disappear from the screen as the woman next to her won the puzzle by repeating the same answer… or was it? The host of the show, Pat Sajak, explained to everyone that, “…she kinda did it in the vernacular and left off the “G”.

Swimmin’—Who knew that the non-southern G would cost her $3,850 and possibly thousands more?

Swimmin’—I hear it a lot in Virginia—along with eatin’, cookin’, sleepin’, writin’ and so on. I wonder if I dropped those Gs somewhere in my past, or even now. Probably.

During my youth, I never thought much about how I sounded. My parents corrected bad grammar when they caught it, but as for my accent, no comments. Not until college did someone notice my pronunciation of “really” that made me listen to myself. I said to my friend something like, “It’s really cold.” Instead, he heard, “It’s rilly cold.”

That was the beginning of my occasional work to “lose the southern accent.”

It took years to leave behind some of the words and expressions that were passed down to me from my parents and grandparents; from the whole community of native Virginians—though each part of the state have their own form of Southernisms and degree of drawls.

Apparently, I wasn’t trying hard enough when I smiled as I was leaving a group of office workers in Manhattan and said, “Y’all have a nice day.”

What is it about the southern accent that is so fascinating? Or, disliked? There have been many times that I’ve seen a host of a TV talk or game show laugh at, mimic, or patronize the southern guest while she (usually it’s a woman) smiled and probably thought, “If I had a dollar for every time someone mentions my southern accent…”

On the other hand, most people who have a strong New York or Boston accent evoke a different reaction and they (who have the accent) seem to be proud of it.

As a child, people in my community believed that anyone who had an accent more southern than theirs was “country.” If it was more northern than theirs, they’d say, “They talk proper.”  Somehow, there was no thought given to the speaker being articulate or if the speaker mangled the English language; it was all about the accent.

I’d like to think that most people know the difference; that an accent does not determine how well you speak.

As for my current accent—Well, it’s a hodgepodge of dialects acquired from my native Virginia roots, along with remnants of living in Maryland where I worked with a hundred relocated New Yorkers who sped up my speech, and from living in Michigan.

Nowadays, I don’t feel that I have to lose whatever southern accent I have, because when you think about it—what’s wrong with it?

By the way, I like listening to all people and have fun guessing where they are from.

What do you think about the various accents in the United States, or in your country?
Posted by Anita at 11:36 PM

The country is losing its accents, probably the result of TV and movies. New york area used to have multiple accents, Bronx, Statren Island, Brooklyn, and Joisey. Few exist today in their old "pure" form, but are more of a mixture.

I, too, worked hard to lose as much of my southern accent as I could, but it still surfaces. Likewise, my husband tells me I also have traces of a Tex-Mex accent. I'm weird in that I often unconsciously end up talking like whomever I'm talking with.

I just returned from a trip to Disney and would actively seek out people with those fab accents! I just adore all acccents, they make life more interesting :)

I like accents, they help reveal our diversity. The southern accent is very contagious!
My hometown has its very own accent - sort of a mix of Italian and Spanish, but I can recognize it anywhere. I think my parents worked extra hard to keep us kids from talking that way! Sometimes I'll talk with the hometown tongue - always gets a laugh from my husband and kids.

I find all accents fascinating. When my cousins from New York would visit us we used to make them say "corn" and "quarter" over and over again. And then we would make them say, "quarter for a glass of water" then laugh hysterically when it came out "qwata for a glass a wata." Then all the cousins would get into fights over who has the accent.

I find some southern accents charming and others are like nails on a chalkboard. I guess it all depends on if I can understand what the person is saying. ;) I lived in Virginia for less than a year and picked up y'all very quickly. I still say it sometimes.

We have a variety of accents in Canada. Many native Canadians have an accent when they speak English, at least, Newfoundland is quite a bit like an Irish accent. Torontonians sound like this: "I live in Tarana", middle Canadians say 'oot and aboot' for 'out and about' and clip their vowels quite a bit, and out here in Lotus Land we sort of drawl a bit like Californians, I guess. It's fascinating isn't it! I loved that bit in My Fair Lady when Professer Higgins can tell the neighbourhood a Londoner lives in by the way they pronounce their words.
I would love to study linguistics some day :)

My grandpa was from Tennessee, and nothing calms me quite as much as hearing that accent. Don't change nuthin'. I used to think that I was blessed with a TV announcer's accent, therefore no accent at all -- until I went to college and a guy had me pegged for living within a 10 mile circle.

To your last post, I've never begged money off of anyone, but I did have help when I was in dire straights. A couple of friends recognized my need and pride, and their sensitivity helped me as much as the money. The experience changed my view of giving. Some people are always going to have a hand out, and I don't think it's helping to feed bad behavior. On the other hand, sometimes people just need some support to get back on their feet again. Sometimes it's hard to tell the two kinds of people apart, but acting in kindness is always a good bet.

I have an aunt who lives in Chicago. She has a son named Tam, and roots for the White Sax. She would come to visit us in California and it was the craziest thing. But, she is originally from Minnesota and worked very hard to sound like that.

I never lived outside of California, but my husband says I "talk country." I do drawl a bit.

I think the accent is like anything people use to judge each other. We all do it. Clothes, appearance, the car you drive. It must be in us, somewhere deep, to notice that which is "not like me".

I like accents!Different people, different accents, more color in life..just love it!