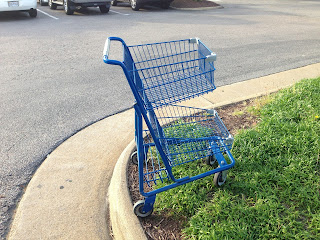 "She don’t know no better,” I’d hear some of the old people say when referring to an ignorant action by an oblivious person. Ironically, the people who’d say it didn’t know any better either; that good grammar had escaped them. I was a child then and could have picked up that well-intentioned saying had my fair education not intercepted.

When I married Darling Husband, I quickly realized that his family of professionals had similarities to the Cosbys, while my working class family had a few things in common with Rosanne and her family. His parents had dinner parties at their home with the governor as a guest; my stepfather ate at our dinner table without his shirt. (The governor wasn’t there—why not?) He’s a runner and was often half naked.

What DH and I did have in common, though, is our love of family and an adequate amount of fun growing up. However, education and cultural exposure is a barrier that defends against ignorance and lack of etiquette. I’ve committed more than a few faux pas in my younger days because I lacked in both of these areas. (Yes, I do have a college degree, but education comes in many forms.)

I remember throwing a toothpick out of a rolled-down car window and my girlfriend, who was also in the car, was aghast.

“You threw that toothpick out the window!”

“It’s a sliver of wood that will blend right back into nature; not a Burger King bag or an ashtray full of cigarette butts. I didn’t even think about it.”

My friend continued to explain and whereas I didn’t totally get it then, it eventually clicked.

So being the refined lady that I am now, I notice a few bad habits that other people exhibit. For example: I was sitting in my car waiting for my daughter to come out of a building next to the grocery store, when I witnessed Unrefined Shopper Woman pushing her basket (cart) up on the grass instead of walking five seconds to the rack.

And then the journalist in me took over as I got out my cell phone to snap a picture. (Always thinking about the blog.)  Of course I waited for Unrefined Shopper Woman to drive off before I snapped.

As I continued to wait for Darling Daughter, my thoughts became forgiving. The woman probably thought she was doing a good thing by putting the basket on the grass where it wouldn’t roll away. Maybe?

Maya Angelou has been quoted as saying, “When you know better you do better.”

When you see someone doing something tacky or something that lacks etiquette, are you 100% critical or is there room for a pinch of forgiveness?

What have you been guilty of doing or not doing?

8/14/13 - I talked to my mom today. She thought the post was funny when she read it, but had second thoughts; wondering if the Rosanne comment makes people think that she is like the character on the show. Mom is not. Everyone knows that she is a class act. Just having fun with a little self-deprecating humor, Mom. Sorry.  xoxo

I am 110% critical! Well, funny your example was the lazy shopping cart lady, because that is one of my pet peeves. My kids will attest!

To me, it's about having respect for others. The shopping cart is an example of not caring about the shopping cart attendants who have to come out and round all the carts up. They are people too, but many don't seem to see them as such.

That's funny - the disparities between your husband's and your etiquette upbringings. Your shirtless stepfather vs. host to the governor!

Well I am going to stop throwing tooth-picks out the window, that is for sure! I have been guilty of the shopping cart thing as well.

Fortunately for me the Governor is not coming for dinner. Of course with our Governor I couldn't afford to feed him. (That was tacky also, sorry Governor CC.)

Damn, I have a lot to work on.

I'm glad that as I age, the critical part of me is toning down.

The other day in a restaurant, a man near us burped loudly. His wife was aghast, and despite my best intentions, I did start giggling a little, although I tried to hide it with my napkin. Sometimes, you just can't shut all those things off~

I can be pretty critical, but then I have to think about the ways I screw up - like not putting the grocery cart away! :)

Great post as usual:)
We learn each day..sometimes we're on the side that critic people/someone and sometimes we might make a mistake and probably other people think the same thing about us.Also forgiveness seems to increase with age..
When I was pregnant, Pathmark was very close to our home. I used to get a cart and carry my stuff till home. And sometimes I used to forget to take the cart back :)

I've become much more forgiving about being cut off in traffic. After my own experiences of running late to pick up kids from school, how am I to know if someone else isn't in that very situation -- or hurrying somewhere because a loved one is in need? I hope that the more I experience grace in my own life, the more I will be ready and willing to give it out freely.

(Manners are an uphill losing battle at my dinner table.)

Not much bugs me these days - i tend to think like Yonka - what goes around comes around. I might notice something one day and also might err one day so it sort of evens itself out.

Thne theres the case of the errant shopping trolley.....
You know that sometimes leaving that trolley there is a great deal easier than trying to push it back to the trolley bay when its pouring with rain (as it has done contuously this winter) - and somebody else will be able to use it more quickly than have to struggle pulling the nested trolleys apart in the rain.....well thats my excuse anyway.
Except when it was one that you have to put a coin in - then it goes back quick smart lol
Take care
Cathy

I was well brought up and educated, too, but it didn't stop me from blurting out to the mother of the bride at a wedding I attended in my very early twenties - I'd had a few drinks - "That is a very nice dress, Mrs. (blank), and I've seen some awful mother-of-the-bride dresses in my time." You should have seen the look on her face. Ugh.
My darling husband is extremely critical of people when they can't be bothered to rub out their cigarette buts and dispose of them properly, return their shopping carts, take up two parking spots, etc. etc. etc. I tend to be the antidote and try to give people a break, although it is very hard sometimes! People can be so very thoughtless and lazy.

I am trying to learn tolerance except for things I am passionate about...

Oh, Anita, I'm so trying to be less judgmental. But just today, sitting in Starbucks, a young lady passed me wearing gaudy pink high heeled sandals with her toenails painted turquoise (chipped) and I thought "trashy." I was appalled at myself instantly, but realized I have a lot of work still to do in accepting others and not judging. BTW, our 47th is today. I'm wearing tasteful black to dinner.

8/14/13 - I talked to my mom today. She thought the post was funny when she read it, but had second thoughts; wondering if the Rosanne comment makes people think that she is like the character on the show. Mom is not. Everyone knows that she is a class act. Just having fun with a little self-deprecating humor, Mom. Sorry. xoxo

Oh I think my reflex is indeed to be critical but I almost always try to stop and think about the other side of someone's coin as you did with the shopping cart placement. Maybe she thought she was doing better by parking it there.

I learned (mostly) a long time ago that:

The bratty, tantrum-having kids might be accompanied by an exhausted, rather than an apathetic parent.

The guy speeding and cutting in and out of traffic might just be on the way to the hospital to see a loved one after a terrifying phone call.

The check out girl who won't even look at you, much less smile or say "thank you" may have just been dumped by her boyfriend and it might take all she has do to just function at her job without falling apart.

The loud cell phone talker might actually have difficulty hearing, or he might have been told by the person he's speaking with that they're having trouble hearing him.

But yes, I do make immediate, negative judgements and I know that more than likely, none of the above scenarios are coming into play. Some .. many folks are just plain unpleasant.

But I feel better about myself when I think to give the benefit of the doubt. Correct or not - it's an exercise in patience and understanding.. and it's hope that my own inevitable less than stellar behaviour might evoke a similar response in others.

All bets are off though, if someone is actually mean-spirited and cruel. Then I snap to judgement and tend to stay there.

As always, Anita. You make your readers think.

And, as usual, Joeh made me laugh with his comment. Good thing CC is such a good sport about all those jokes that come his way. And seeking KC's comment, I see we were thinking alike about traffic.

The older I get the mellower I get but I will occasionally speak up if I think something's not appropriate (and safe)... like offering to take the cart back to the rack so they get the hint.

I get annoyed with the holier than thou who tell me what to do with my toothpick. Isn't it better to release it into the wild so it can compost itself than to make it one more thing in the landfill? On the other hand, I really want to take out my aggressions on people who toss fast food bags and plastic cups. They should do community service strapped to a shopping cart. You'll be pleased to know that not only did I put my cart in the proper place yesterday, I also pushed the others all into each other so they'll be easier for the shopping cart guy to move. I think that's enough good deeds for me this week!

Okay, thanks for making me laugh! I haven't stopped yet. Signed: A Recovering Ms. Etiquette!