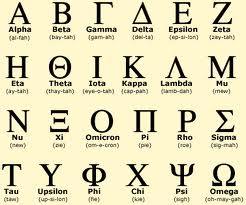 My parents didn’t go to college. It wasn’t even on the radar screen. And neither did my grandparents.

(Correction: my mother may be reading this, so I’d better mention the college course or two she took when she was in her mid-forties; an effort worthy of mentioning.)

Listening to my mom talk about her childhood and subsequent entry into adult life is why I know that she considered college a form of the Promised Land; unachievable by her during the approximate age of eighteen, but not for her children. Throughout my youth and until the day I received my degree, she kept my eyes on the prize by telling me how hard it is to make a “decent salary” without “a good education,” something she knew all too well. It was also important to be smart.


The plan went awry with my brother after his one year of college; however, his path was that of a loyal government employee and a successful landowner/landlord.  He’ll be retiring soon.
I fulfilled the trailblazer role, graduating from a historically black college (abbreviated HBCUs) which trained me well to become a computer programmer analyst.


More training I got while there was due to my first real exposure to sororities, fraternities, and social clubs. I stared at the pledging pledgees, neatly dressed, walking across campus, and listened as my freshman friends vowed their allegiance to become one of them.
“Are you pledging, Anita?” they’d ask. “Which one!”


With no family legacy to form and mold my course and guide my thinking, I had to jump in on my own; after all it was the college thing to do – right?
Welllll… it didn’t quite work out. My independent spirit and somewhat rebellious nature reared its ugly head during my interview, in addition to my lack of exhibiting admiration to upper class sorority girls as they paraded around campus in their Greek lettered attire in the specified colors of the group. It didn’t take long to know that I didn’t fit; yet, I still wanted to want to fit for a couple weeks as I watched the new pledgees on line.   Never could conjure up that feeling, though.


During the remainder of my college years, there were a few times I’d have to say, “No, I didn’t pledge,” to the curious who tried to guess my sorority or social club based on my personality, looks, clothes, and friends… I guess...  What else could it have been?
But, that’s my story. So many others, obviously, fit well in this world of camaraderie.  While each group appeared to be cliquish; i.e. the smart girls, the attractive girls, the misfits, and others, there was a certain appeal about them. They wore the confidence of belonging and of claiming their territory. They had “sorors” who committed to helping when transportation or a place to crash was needed.  They were cool, which meant they had first dibs on the cool fraternity guys. They were having the full college experience.

I suppose they did other things, too; things beyond what I could see, like having meetings to decide upon philanthropic activities and then carrying out these plans. Presumably, they also “looked out for each other” when job opportunities arose; the seasoned career “Greeks” giving a hand up to the ones starting out. This is what I would hear.

To this day, I still don’t know the ins and outs of sorority life. Some of my friends and acquaintances rarely mention their past involvement, while others still express pride and stay “active.” And to them I say, why not? …if it remains fulfilling.


Did I miss out? Nope.
How about you? What has been your experience with sororities, fraternities, and social clubs?
Posted by Anita at 3:26 PM

you didn't miss out on anything!
i get a nervous shiver when i
think about sororities and didn't
want my girls to do it. on of
them pledged but dropped out
gracefully as soon as possible!

We don't seem to have much of that sort of thing in our universities up here. It's sort of a 'side thing' from what I observed.
I was also an independent soul and had a slightly rebellious spirit - especially since I had quite enough of that sort of thing in high school: admiration of senior students, clubs, cliques, the pecking order...no thank you! I opted out completely. I did have a very good time in college, though, just doing my own thing and connecting with like-minded people. To each their own!

I didn't go to college...anything I've wanted to learn about in adult life I've read about, ha! And back at that stage of life, you could walk in off the street and get a good job for nothing. At least I did, the day after I graduated from high school in 1972. As to all the social stuff surrounding sorority life...no thanks. Also, because I come from the era of the early 70s, stuff like that was considered too much 'establishment'. Just like proms in high school, school spirit. It was at an all-time low. I was part of the anti-establishment generation, don'tcha know. :-) This was my 40th reunion year from high school and do you know, even tho they tried to get one put together, I don't think it ever happened. There were 460 kids in my graduating class and I think most of us just endured high school just to get out and on with 'real' life.

I went to an art college, and we didn't have sororities. Well, I do have a longer story on the subject, but that might have to be its own blog post. I didn't feel like I missed out on anything by keeping Greek letters off my clothes. The closest I got to any of this was dating a guy in an agricultural fraternity :)

Nope--didn't participate, and in fact it never crossed my mind. I still am not sure what the Greeks are for! I don't think you missed out. You did blaze the family trail and set your own course. That's the only legacy you needed :D

The university I attended was BIG into the greek life. Me? Not so much. Luckily, I'd transferred in, so didn't get sucked in as a freshman. I had a few friends who were sorority girls, but they were pretty cynical about it. I tend to migrate toward the rebels. That's why we're blog friends?

Zero experience for this old Bear. I eventually got involve in student government — and interesting place to be during the Viet Nam War years.


Time to hibernate. See you in the spring. Blessings and Bear hugs!

That stuff sounds like a different world to me. Wasnt much of it about here in my day.

I pledged and thoroughly enjoyed the experience when I was in college. Although I am no longer "active" some of my oldest and best friends are several of my fraternity brothers. In hindsight, while I am glad I did it I also recognize that if I hadn't I would have become engaged in a different activity and met other people who would now be some of my oldest and best friends.

Goodness, no. I don't even think we had social sororities or fraternities back in the Dark Ages! I was the first member of my extended family to attend college. I was SERIOUS! (Can you see me smiling?) My parents were factory workers, and I knew for sure (from my summer jobs) that I didn't want to follow in their footsteps. None of my kids joined a social club either. To each his own. Glad you had a good check-up, Anita. Let's stay well OK?

I didn't fit the mold either. I was finally away from home and the last thing I wanted was someone else's rules imposed on me. Plus, I was putting myself through so being in a sorority never entered my plans.

Today, many women I've met here in Texas partook (is that a word?) They introduce me to their sorority sisters and don't seem to understand that everyone didn't participate. Guess that says how I feel about it.

I didn't join any clubs... recently someone asked if I'd join a sorority. I'm doing. I mentioned that I was a country girl and had no clue. This post is timely for me as I'm pondering.

Independence is the virtue that saves you sometimes, I think!

I've never been much of a joiner. I attended the University of Tennessee in the early 70's and that was about it--attended with little involvement in social activities. Didn't even graduate after attending for 4 years. I enjoyed my time there, but essentially it was not very productive.

I did join a sorority in college, and it has been a very rewarding and fulfilling experience. I was able to get my mother to reactivate after decades of non-participation. I don't have any biological sisters, but I count my sorority sisters, especially my line sisters as such. It's definitely a personal choice, and one that should be respected, no matter what you decide to do.